Say Huzzah to Fall Harvest at the Michigan Renaissance Festival

Down in the Valley of Aberdare, patrons will find an array of handmade goods in the Harvest Market. Be sure to try the delicious samplings of some of the best BBQ in Michigan as Pit Masters gear up for the BBQ Championships Sunday at 1pm. Returning champions That Guy’s BBQ will try to retain their title for a chance to win cash prizes in categories such as; Turkey Legs, Beef Ribs, Pork Ribs and Sausage. 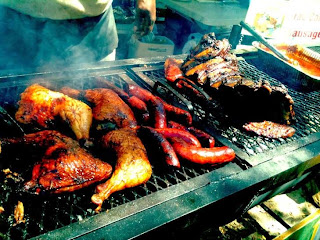 Test your precision and aim during the Annual Longbow Competition. The competition will begin both Saturday and Sunday at 1pm in the front parking lot. Rocky Rains of Ancient Paths Archery and Outfitters will be hosting this year’s event proving the grand prize winner with a multipurpose back quiver valued at $225.00. The shoot off for grand champion starts immediately after Sunday's preliminary shoot. 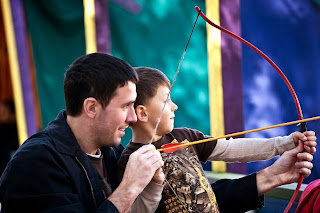 Fall Harvest would not be complete without Pie. Saturday, patrons can find baking professionals and recreationalists competing in the Second Annual Pie Wars. Contestants will compete in their choice of three categories, Fruit, Crème/Custard, or Savory. The winners not only receive cash prizes, but the chance to be named ‘Best Baker in the Realm’.

The Michigan Renaissance Festival is a long-standing tradition whose 36th season that began on August 16th and ends on September 28th 2014. The Festival is open weekends and Labor Day, as well as Festival Friday, September 26th. The Festival is open from 10 am – 7 pm rain or shine. Admission at the gate: Adults $21.95; Children 5-12 $12.95; age 4 and younger get in free! Discount tickets are available at Kroger, Walgreens, Menards, Goodwill and Costco. Discount Coupons are available at Participating Subway and Dunkin Donuts. FREE Parking provided by Al Serra Auto Plaza. 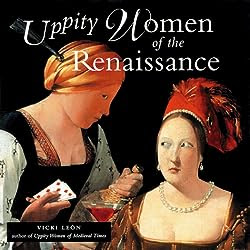 Posted by Barry Stutesman at 2:05 PM