Posted by Barry Stutesman at 8:15 AM

Michigan Magazine TV each week on RFD TV Join us!


Posted by Barry Stutesman at 6:11 AM

Posted by Barry Stutesman at 4:09 PM


Well..We are sooo excited to be able to offer our viewers chances to experience a vacation get a way right right out our own backdoor!

Cliff and the whole Michigan Magazine TV Staff are so grateful to these vacation resorts for opening up their doors to our readers and viewers!

Stay tuned as we tell you a bit more about these wonderful resorts on upcoming Michigan Magazine shows!

It's time to think "Michigan" when making your family vacation plans!

Here's our 5 vacation packages below for you to put on your wish list. 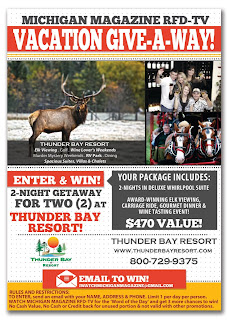 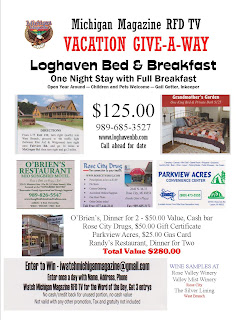 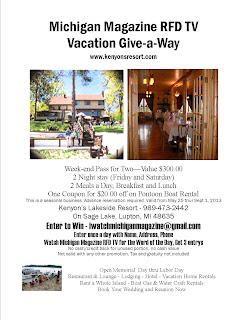 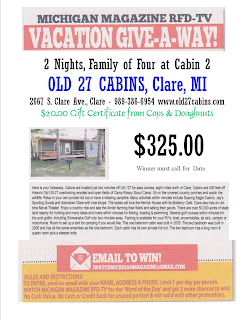 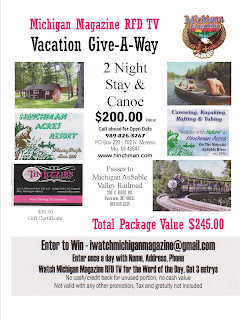 Posted by Barry Stutesman at 1:43 PM


It was a beautiful early afternoon as we pulled into the Detroit Historical Societies beautiful renovated museum!

The museum is a story in itself...and we plan on returning to do just that. 14 million dollars in improvements and additions have been completed since our last visit over 10 years ago.

This was the perfect location for our visit and interview with 17 year old Luke Jaden of Detroit. 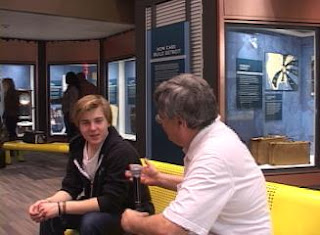 Luke is one of the state's youngest film directors around working on a documentary scheduled for release in late may.

We spent a few hours with Luke and his crew as they interviewed Kimberly Simmons of the Michigan Freedom Trail Commission..who also has a direct link to John Brown. 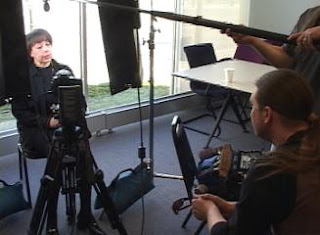 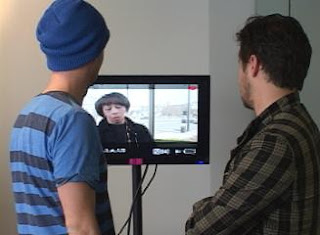 We are anxious to see how Luke and the crew will weave the story to Kimberly's testimony! 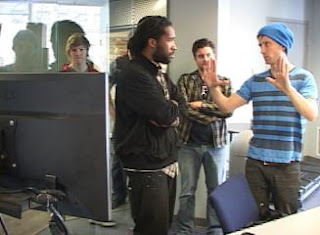 Our talk with Luke proved to be quite uplifting with his enthusiasm for "film making" quite contagious! With young up and coming film makers beginning to make their mark here in Michigan, the business, I believe will thrive despite the cut in State financial initiatives.

Michigan has much more to offer the film industry then tax breaks. The diverse geography is second to none AND the talented actors, technicians and behind the scenes pre and post productin talent is phenomenal! THAT will be the subject of another upcoming segment on Michigan Magazine.

My producer Dan Morgan and I were quite overwhelmed at the professionalism of Luke's crew and his dedication to his project!

Hope you will catch the interview on an upcoming segment!

Posted by Barry Stutesman at 6:44 AM

Michigan Magazine had a wonderful weekend on the set of an upcoming documentary on John Brown and the Underground railroad. We visited with the crew on site at the Detroit History Museum...got a good interview with 17 year old director Luke Jaden and other members of the crew. This young man has quite the credentials in the acting a movie business...BUT this is the first venture as director. The independent film will be entered in Sundance and other film festivals...We'll have a few photos here and also some of my personal observations of the excitement of movie making! A big thanks to Luke and the crew for the great hospitality and cooperation in dealing with Michigan Magazine :-)
Posted by Barry Stutesman at 6:10 AM