Brrrrr Remembering The Blizzard of "78

As we come to the anniversary of this horrific storm...We wish you warm thoughts and plenty of woolen blankets for back up!

The Great Blizzard of 1978, also known as the White Hurricane, was a historic winter storm that struck the Ohio Valley and Great Lakes from Wednesday, January 25 through Friday, January 27, 1978.

The 28.28 inches (958 millibars) barometric pressure measurement recorded in Cleveland, Ohio was the lowest non-tropical atmospheric pressure ever recorded in the mainland United States until the Upper Midwest Storm of October 26, 2010 (28.20" measured at 5:13PM CDT at Bigfork Municipal Airport, Bigfork, MN).

The lowest central pressure for the 1978 blizzard was 28.05" (953 mb) measured in southern Ontario a few hours after the aforementioned record in Cleveland. 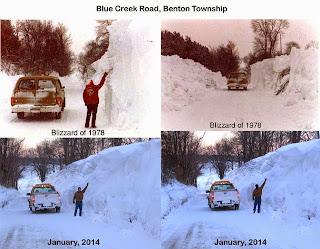 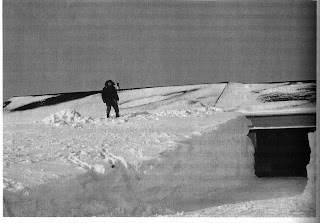 The blizzard was the worst in Ohio history where 51 people died as a result of the storm. Over 5000 members of the Ohio National Guard were called in to make numerous rescues. Police asked citizens who had four-wheel-drive vehicles or snowmobiles to transport doctors to the hospital. From January 26 to 27, the entire Ohio Turnpike was shut down for the first time ever.

The total effect on transportation in Ohio was described by Major General James C. Clem of the Ohio National Guard as comparable to a nuclear attack.

Michigan Governor William Milliken declared a state of emergency and called out the Michigan National Guard to aid stranded motorists and road crews. The Michigan State Police pronounced Traverse City, Michigan "unofficially closed" and warned area residents to stay home. WTCM radio staffer Marty Spaulding, who closed the bayfront location station the previous night at 11 pm was called to re-open it the next day at 6am as regular staffers could not get there due to impassable roads. Upon arriving after a 45-minute walk in waist deep snow from his home a mere 10 city blocks distant, he had to dig down "a foot" to put the key in the front door. 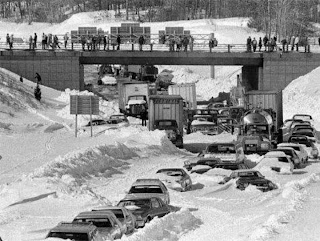 In Indiana on day two, just a half-hour after the arctic front blasted through, the Indianapolis International Airport was closed due to whiteout conditions. At 3 am, the blizzard produced peak winds of 55 mph. Temperatures dropped to zero that morning. Wind chills remained a bone-chilling 40 to 50 below zero nearly all day. The governor Otis R. (Doc) Bowen declared a snow emergency for the entire state the morning of the 26th. Snow drifts of 10 to 20 feet made travel virtually impossible, stranding an Amtrak train and thousands of vehicles and weary travelers. During the afternoon of the 26th, the Indiana State Police considered all Indiana roads closed.

Classes at The Ohio State University in Columbus, Ohio and the University of Notre Dame in Notre Dame, Indiana were canceled for the first time in the history of those universities; at Purdue University in West Lafayette, Indiana (where 25 inches of snow fell) for the third time in its history; and, at Miami University in Oxford, Ohio for the first time since the assassination of President John F. Kennedy. An inch or more, usually much more, of snow would remain on much of that particular area for nearly two months straight. The storm did much damage to the Ohio valley and to the Great Lakes.

In Brampton, Ontario (northwest of Toronto) on Thursday afternoon, school buses could not get through deep snow to the then-rural campus of Sheridan College to take students home. Neither could any other vehicles, so some community college students had to stay on campus overnight. 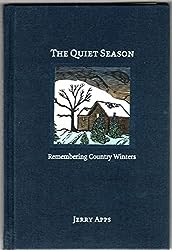 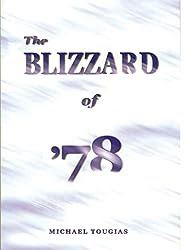 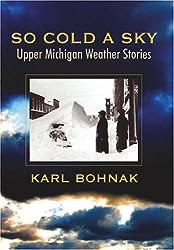 Posted by Barry Stutesman at 5:52 AM